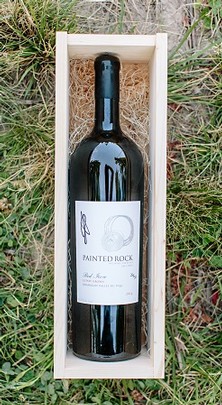 Signed and hand numbered, our double magnums come in a custom wooden box.

Dark and rich aromas of blackberry, cassis, dark cherry, and chocolate. The palate is full and structured with more black fruit and baking spices with mouth filling ripe tannins and high acidity. Tuck this one in your cellar for the ultimate reward.