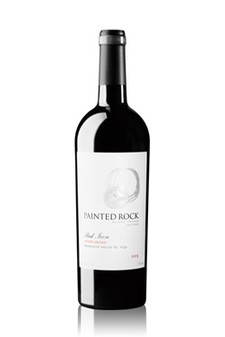 John Schreiner - 94 Points "The wines from Painted Rock Estate Winery have never disappointed this reviewer, nor – I suspect – any of Painted Rock’s customers."

Daenna van Mulligan, WineDiva "Elegant, complex, substantial. Plummy aromas are layered with wild berries, purple flowers, chocolate, brown spices, mint, vanilla and tobacco. Woven and seamless on the palate it is a serious wine without being ponderous; substantial but balanced it trails chalky cocoa tannins. Following in the impressive footsteps of 2017, this 2018 is still outstanding. Open now and decant, or hold for the next decade."