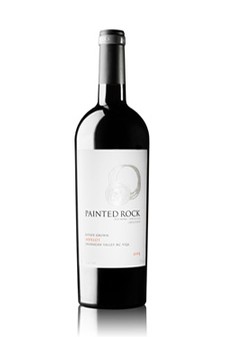 A beautifully layered and structured wine.

John Schreiner - 92 Points "This is a bold Merlot. The alcohol is 15.1% but the wine has the substance to carry it. It begins with aromas of black cherry and black currant mingled with vanilla (the wine spent 18 months in French oak – 30% new). The palate is generous with flavours of dark fruits with a touch of chocolate and spice."

David Lawrason - 92 Points "This ripe 2016 shows a nicely billowing nose of sweet plum and blackberry with hints of licorice, sage, tobacco, spice and oak vanillin. Lovely aromatics. It is quite full bodied with both merlot plushness and B.C. brightness... Feels rich then battens down and dries on the finish with fine tannin. Herbals come through in the end. The length is excellent. Best 2021 to 2025. Tasted June 2020"

Harvest of our three estate vineyard blocks of Merlot began on October 11, 2016. The blocks were harvested individually, broken into small batches, cold soaked on the skins for 4 days and fermented for an additional 21 days on the skins in tank with twice daily pump overs. The resulting individual wines were aged for 18 months in 30% new French oak and blended prior to being bottled, unfiltered.